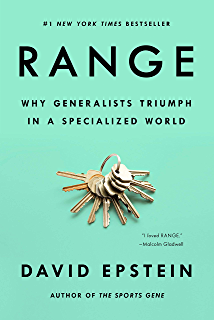 ‘How Generalists Triumph In A Specialised World’

There are two paths to success. One is ‘specialisation’: committing to a field early, getting a head start on your peers, rigorous deliberate practice, refining a narrow focus on specific skills. This approach is popularised in many books and many biographies. But the other approach is ‘generalisation’. This means going wide not deep, going through an early ‘sampling period’ where you test a lot of different potential paths forward, then recognising that switching careers later in life isn’t career suicide but you can actually combine different ideas from different fields to get an advantage.

RANGE: How Generalists Triumph In A Specialised World

Let’s start with a couple of famous stories from sport

At 7 months his dad gave him a golf putter to hold and he dragged it around with him in his walker. At 10 months, he climbed down from his high chair and picked up a golf club (that had been cut down to size for him) and started imitating the swinging motion he’d watched his father do in the garage. The boy couldn’t talk yet, so his father drew picture for him to show him where to place his hands and how to grip the club.

The US Government lists important developmental milestones at age 2 as ‘kicks a ball’ and ‘stands on tiptoes’. At age 2, this boy went on The Bob Hope Show and started driving golf balls on national TV. This same year, he entered an Under 10s golf tournament – and won. At age 3, he was practicing how to play a ball out of a sand trap. His father saw great potential, so he started training him how to talk to reporters (coming up with quick funny lines, not saying too much and not being boring).

At age 3, he shot 48 for 9 holes, 11 over par (at age 3!). At age 4, his dad would drop him off at the golf course at 9am, then come back and pick him up 8 hours later after he’d been practicing all day (sometimes with money from people he hustled and beat). At age 8, he beat his dad for the first time.

His Dad said that he would have a larger impact than any of Nelson Mandela, Gandhi or Buddha. “He has a larger forum than any of them… He’s the bridge between the East and the West. There is no limit because he has the guidance. I don’t know yet exactly what form this will take, but he is the Chosen One”.

This boy kicked a ball around with her when he learned to walk. As a child, he played squash with his father on Sundays, he dabbled in skiing, wrestling, swimming, skateboarding, basketball, handball, tennis, table tennis, badminton over his neighbours fence, and soccer at school. The specific sport didn’t matter – as long as it had a ball, he enjoyed it.

His mum was a coach as well, but she never coached him. She tried to teach him to play tennis, but she hated it. He would try all sorts of different shots and try different trick shots – he would never return the ball normally, so it was annoying to play with. He got pretty into tennis, but his Dad encouraged him to try a wide variety of different sports. His dad only had one rule: “don’t cheat”. His tennis coach tried to move him up to higher age groups because he was developing quicker than the other boys his age, but he told his mum that he wanted to stay down because he wanted to stay with his friends and talk about music or soccer or pro wrestling during tennis lessons and the older boys were too serious.

He was late to commit to his main sport, eventually giving up everything to focus on tennis as a teenager. but this didn’t hurt his performance – in his mid 30s he was still ranked #1 in the world.

Tiger Woods had the goal early of trying to break the record for winning the most majors. Roger Federer just hoped to meet his idol Boris Becker or to once play a game at Wimbledon. Both got to the top of their field and achieved the ultimate success in their sports, but took very different paths.

The Tiger Woods story has spawned many best selling books on the development of expertise: getting a head start, early specialisation, deliberate practice, following the tried-and-true path to success. A study of violinists spawned the “deliberate practice” movement, saying that learners should be given implicit instructions about the best method, be supervised by an instructor to ensure they’re doing it perfectly, be supplied with immediate feedback on their performance, then repeatedly perform the exact same task over and over until they master it.

The eventual elites devote MUCH LESS time early on to deliberate practice in a particular sport. Instead, they go through a “SAMPLING PERIOD” where they try out a variety of sports, usually in an uninstructed way and a more relaxing and less serious environment. They learn about their own abilities, proclivities, and interests, before being tunnelled down a specific path.

Great Britain used this information to take a non-traditional approach to their Olympic team. They funded a different type of athlete: they looked for athletes who had built up a strong ability in a sport, but hadn’t reached elite level yet. They called these the “slow bakers”. They looked for these late developers and tried to find a better sport to move them across to, rather than the sport they were in but couldn’t crack the top level.

Epstein wanted to do some more digging to find if he could find any other sporting examples that didn’t follow the “Tiger” path.

Ross Tuckerman, pre-eminent sports researcher, summed this all up by saying “we know that early sampling is key, as is diversity”. These athletes had Range.

Great Britain used this information to take a non-traditional approach to their Olympic team. They funded a different type of athlete; they looked for athletes who had built a strong ability in a sport but hadn’t quite reached an elite level yet. They called these the “slow bakers”. They looked for these late developers and tried to find a better sport to move them across to. They’d already developed fundamental core skills; now they needed to find a new sport to transfer these too and crack the top level.

Does this just apply to sports? Or is Range applicable elsewhere?

Epstein gave a talk at a military veterans conference. They were looking for opportunities after leaving the military, so he was looking for stories about career, not just sports. They were worried that they wouldn’t be able to compete with people who had followed the traditional path, because their resumes didn’t stack up to what conventional success looked like. Their LinkedIn profiles didn’t show a linear progression. But instead of climbing the corporate ladder, these men and women had been out in the field, building vital leadership skills and life experience. This is a massive advantage, but to them it felt like a big liability compared to people who stuck to their lanes.

One study showed that early career specialisers had a big earnings advantage straight out of college, but the late specialisers made up for this lack of head start by finding work that better fit their skills and personalities, then over taking them in earnings and seniority later in their careers. Another found that technology inventors were more creative and more successful if they dabbled in a range of different domains, rather than specialising narrow and deep in just one. Mark Zuckerberg said young people were better at building businesses because “young people are just smarter”, but it turns out that 50 year old tech founders are TWICE as likely to be successful than 30 year old tech founders, and 30 year olds are far more successful than 20 year olds.

These ideas go somewhat against other books we’ve read and reviewed on the podcast. Outliers by Malcolm Gladwell was all about getting a head start and doing immense deliberate practice. Grit by Angela Duckworth was about sticking to a path and not giving up. Range shows us that we can still succeed, even without a head start and even if we change our minds and move toward something that is a better fit for us.

So What does all this mean? Get Range.

Don’t worry. You’re not behind. Don’t compare yourself to peers and feel like you’ll never be able to get to their level. Don’t worry about shifting careers late and starting from zero, because all of your past experiences are actually a benefit and can fast-track your learning and progress. You can leapfrog the early specialisers by bringing in new ideas and combining different types of thinking from different fields.

Epstein read more studies and spoke to more researchers and found more evidence that it takes time – often forgoing a head start – to develop personal and professional range, but (in the long run) it’s worth it. The research on the advantages of breadth and delayed specialisation pertain to every stage of life – from the development of children in math class, to music, to sport, to students fresh out of college trying to find their way, to mid-career professionals in need of a change, to retirees looking for a new vocation after finishing their working careers. The challenge we all face is how to maintain the benefits of breadth, diverse experience, interdisciplinary thinking, and delayed concentration in a world that increasingly incentivises and demands hyperspecialisation.

Yes, there are some specific niches that require the Tiger approach. But we also need more Rogers – people who start broad and embrace diverse experiences and perspectives while they progress: people with Range.

Get Your Copy of Range by David Epstein 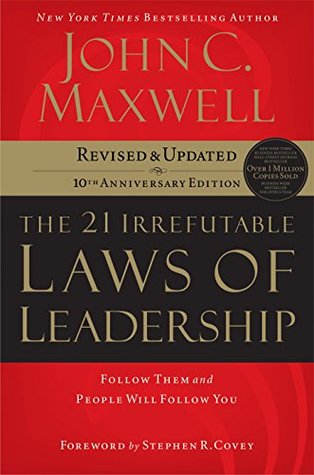 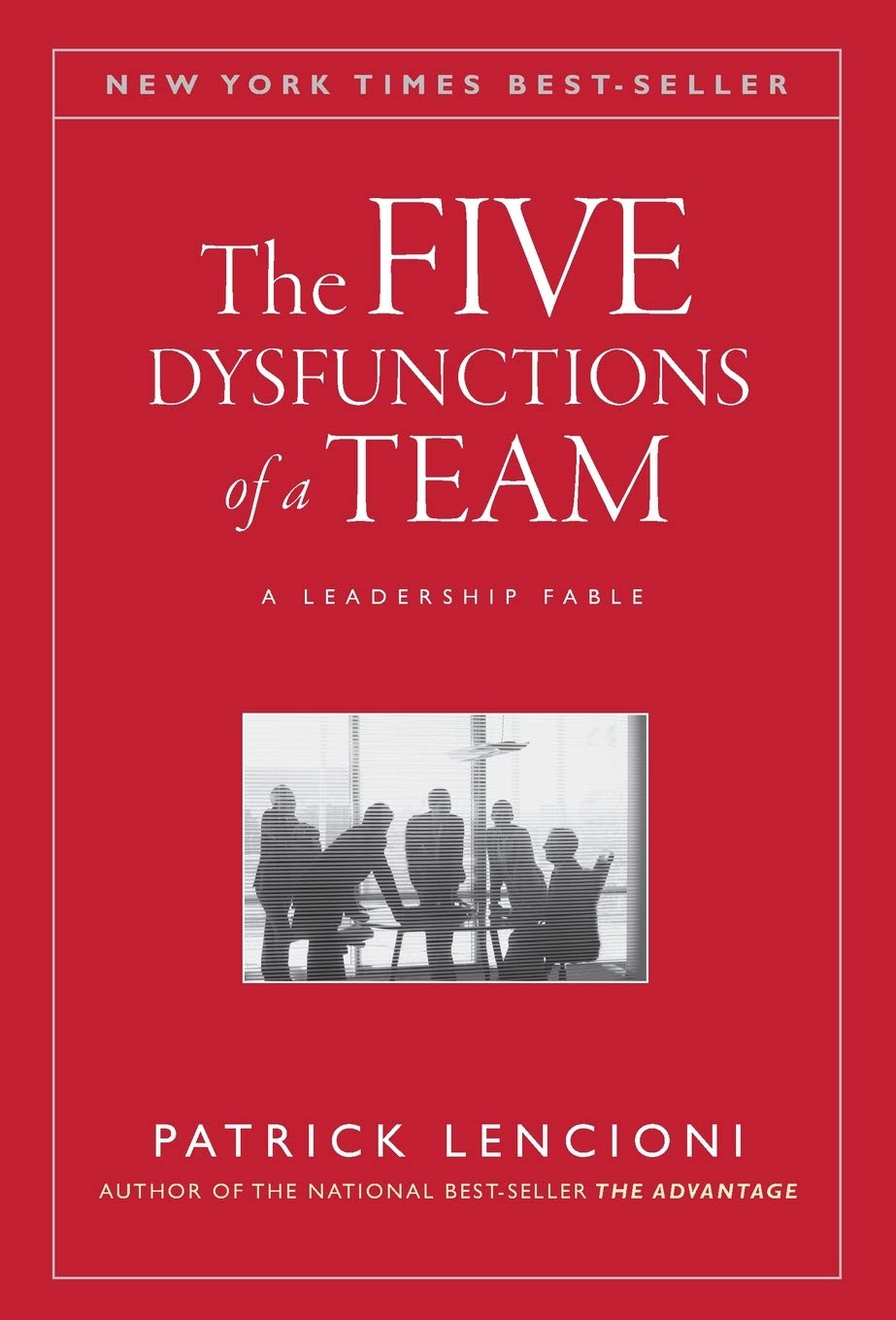 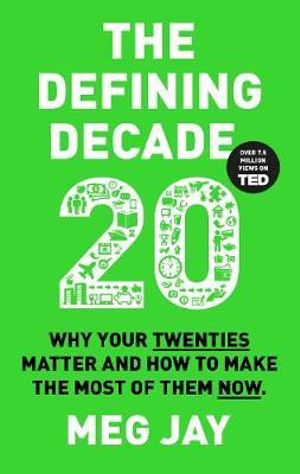 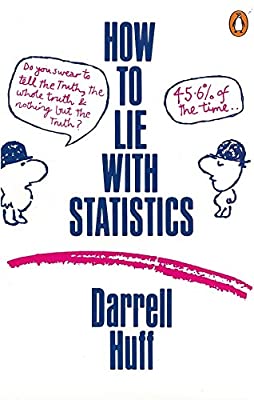 How To Lie With Statistics
Darrell Huff
Career
Learn More 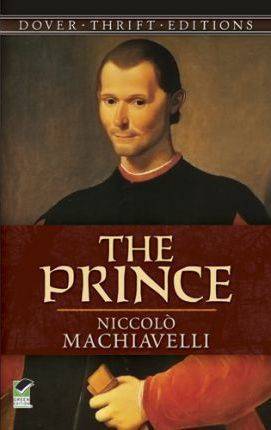